On March 1st The Kombat Pack 2 drops on xbox one and playstation 4. This kombat pack adds 4 additional characters and new character skins. They added Jason Voorhees, Tanya, Tremor, and Predator. I learned to love all these characters, I am really hyped for the characters in the 2nd pack, Leatherface, Xenomorph (the alien), a drunken master, and tri-borg. And a bunch of skins that have not been revealed yet. If they added a 3 pack here is 4. Characters I would like to see are Freddy Kruger(even though he was in mk9) Monkey D luffy From one piece. And that guy who a centaur from the old games. Also chucky the killer doll would be really cool. 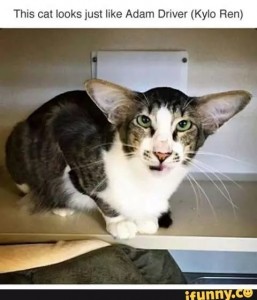 I really dislike the Kylo Ren when he takes his mask off, he looks like a dweeby preppy boy and I cant stand looking at him. I feel more badass then Kylo Ren, i could be more skilled with a lightsaber too. It really annoyed me when he started attacking his own ship with his lightsaber when he was raging. Speaking of his lightsaber, the hell is the point of his light hilt, ill tell you what, the point is too a loose a wrist so he can be more like his precious little ancestor Anakin.

So, today I asked my mother what I should blog about, not having a clue what I was gonna talk about. My mom jokingly said “blog about how much you appreciate me.” thinking I wouldn’t do it in a million years,But Im going to blog about just that ME MADRE!
Ever since I was a infant in California me and my mom have been a good team. Before I could even speak I would crack up at her jokes (and be the only one in the room laughing) And because of our shared insane sense of humor, that is still the case to this day. My mom even taught me how to garden, I would be hanging off her shoulders why she would water all of our flowers and lemons and such. Sometimes I really miss my childhood being in the warmth suburban paradise I was from, but I still feel like a New York Native. Sorry for getting off topic, I really have no clue where im going with this blog so I am just going to end it right here.